Justin Bieber "I Like Girls That Can Make Me Laugh"

Justin Bieber has revealed the kind of girl that gains his interest.
15-year-old ‘One Time’ star Bieber was taking questions from fans during a radio interview on Atlanta’s WWWQ-Q100 99.7, when he was asked to describe which girls catch his eye.

Justin told listeners that a potential girlfriend has to have “nice eyes and a nice smile” and be “a girl that can make me laugh, because everybody likes to laugh.”

Bieber also explained how he styles his long floppy locks, revealing: “After I shower, I blow dry my hair and just shake it and it goes like that.”

One listener then told him: “I love it when you shake it!”, to which the singer joked: “I could say the same thing about Beyonce.”

Of course this isn’t the first time Justin has admitted to having a thing for Knowles – last year he said he wants a date with Beyonce!.

The husband of Mariah Carey is the chairman of Nickelodeon’s new network TEENick and he’s making his first TV movie a fun one.

For the benefit of millions of screaming young fans, not to mention their ecstatic moms, let’s cut to the chase: What’s Justin Bieber really like?

The Stratford, Ont.-raised teen idol, with his meticulously forward-combed hair, is on the telephone from Atlanta. With the rasp of a typical 15-year-old, he is as polite as in his myriad TV appearances on everything from MuchMusic to The Ellen DeGeneres Show. There’s a constant rustle in the background; others in the room are distracting him. He apologizes and moves closer to the speakerphone.

Bieber is clearly still in the eager-to-please phase of his young career. If he has hit the wall of teen cynicism, it doesn’t show. There seems to be no brewing hubris, despite the fact that his debut album of tween-targeted pop, My World, recorded under the wing of his mentor and business partner, R&B singer Usher, has already gone platinum in the United States (a million copies sold) and Canada (100,000 copies) since its November release.

“Being famous was never in my mind,” he says. “Also, like, Stratford, Ontario … a little town of 30,000 in the middle of nowhere? It was something I didn’t think was possible. I owe everything to my fans and YouTube.”

He seems like merely an older version of the 12-year-old boy who belted out R&B tunes on homemade YouTube videos, which wound up attracting millions of viewers and ultimately got him his record deal. (To access those early videos, search YouTube under “Justin singing.” Searching with the words “Justin Bieber” will get you his more recent professional videos and TV spots.)

His single mom, Pattie Mallette, has said that she prayed for her son’s success. One YouTube clip shows Bieber and his mother in an early appearance on Full Circle, a weekly segment of the Christian TV program 100 Huntley Street.

Atlanta-based manager Scooter Braun had scouted Bieber after seeing his YouTube clips, and flew him down to meet Usher in 2008. Bieber auditioned for Usher, but also, as the teenager puts it, he simply hung out with the superstar to see how they gelled. “When I first met him, I had to sing for him, so that he knew what I was about,” Bieber says. “But we just talked. He got to know me a little bit. I got to know him. We watched a little bit of basketball. It was really low-key. It was fun.”

Justin Timberlake was also interested in Bieber and also met with him, but the young singer decided to sign with the man Billboard named last decade’s No. 1 Hot 100s Artist.

Bieber recalls this quickly, as if he has gone over it many times already. Our conversation falls in the middle of two hours of back-to-back phone interviews, which are in turn sandwiched between a doctor’s appointment and a rehearsal with Beiber’s full band and dancers. The next day he will fly off to Los Angeles to prepare for tomorrow’s Grammy Awards, where he’ll be a presenter.

That’s Bieber’s life now. When we talk, he has just returned from a publicity trip to Britain, where he was accompanied by his dad and a team of handlers. His parents are divorced, but Bieber is still close to his father, who lives in Winnipeg.

Since returning to Atlanta, the fledgling star has been sequestered in the studio, under orders (as one publicist put it) to work on My World Part II. That follow-up disc is due in late March, a mere five months after his debut album, following a time-honoured tactic from the dawn of pop music and teen acts: Get the merchandise out quickly.

But Bieber sees it in more contemporary terms. “A lot of people nowadays, with the Internet, they get really bored. … So putting two albums out, back to back, keeps them wanting more. …It’s really important to keep these kids satisfied, you know what I mean?”

It’s hard to put his success into perspective, he says. Imagine sudden fame at 15 – and, a month after cutting your first album, performing at a charity Christmas concert in Washington, with U.S. President Barack Obama and his wife, Michelle, looking on. “Things are definitely hard to describe,” he says. “But everything has just been fun. My family is really supportive. My mom and my dad are very supportive.”

His mother lives with him in a condominium community in Atlanta. She had been working as a website designer before her son’s career took off. She now calls herself “studio mom” on her Twitter page, but her son describes her differently. “She’s definitely not a studio mom. She definitely cares about my well-being, and me just being a good person more than a good artist,” he says.

“We have a lot of fun together on the road. We definitely get into arguments, ’cause I’m with my mom more than regular 15-year-old boys are. But we have a really close relationship.”

As for Usher, says Bieber, “he teaches me to stay humble through this whole process, because it can get shady, the business. You just gotta be humble. You’ve got to be grounded.” When pressed, he doesn’t go into detail about what kind of questionable characters he might have come across, insisting he has managed to stay away from them, whoever they are.

Bieber has a five-album contract. The third disc of songs likely won’t appear as quickly, he says, and may be an album of Christmas songs late in the year. And what of the inevitable lure of branching out beyond music – to, say, even something as low-key as Avril Lavigne’s ads for Canon cameras? “We’re working on different opportunities right now,” he says. “There’s going to be stuff like commercials and movie stuff coming out, but we’re just working out all the deals right now.”

That’s all Bieber will divulge. And given how quickly his career is moving, that could conceivably be all he and his handlers know with any certainty. “Have a blessed day,” he says as our conversation winds up. An atypical goodbye from a young performer marketed as just a regular, if highly gifted, kid.

The Canadian pop sensation was discovered on YouTube and since his debut CD, “My World,” hit stores less than four months ago. He’s become a platinum artist, selling over a million records to date.

He helped Early Show co-anchors Julie Chen and Maggie Rodriguez kick off Super Bowl weekend in Miami and performed his hit songs, “One Time,” “Baby” and “Never Let You Go.”

Bieber is still getting used to the fame and tween mayhem.

“I’m getting more used to it every day,” he said. “It’s amazing to come up here and have all the fans. It’s so fun.”

But was it truly an accident or was it deliberate?

“Maybe I was trying to get Beyonce’s attention,” he joked and agreed that indeed it worked.

Bieber had the privilege of meeting the Grammy-winning diva backstage.

“I got to take a picture with of her and Jay-Z was like ‘watch it,'” he joked.

Joking aside, Bieber is grateful for his quick rise to superstardom.

“It’s been such an amazing experience coming from a little town in Canada (Stratford, Ontario) and to have it evolve to what it is today. So I’m very blessed,” he said.

Well Bieber hasn’t just been getting Beyonce’s attention — millions of fans as well as music megastars have taken notice of the young talent.

Especailly on YouTube, the Web site that launched his career.

Bieber’s mother posted home-made videos of him performing cover songs from Usher, Justin Timberlake, and Stevie Wonder on YouTube for friends and family to see. But to their surprise, the amateur YouTube videos ended up generating over ten million hits.

Then before he knew it, Bieber’s YouTube videos ignited a bidding war between megastars Usher and Justin Timberlake – even more unfathomable for him.

“My World Part 1” has not only gone platinum, but has helped Bieber make music history. He became one of the only artists in Billboard history to have four singles from a debut album chart in the top 40 of Billboard’s Hot 100 before the album’s release.

He is also the first artist to have seven songs from a debut CD on Billboard’s Hot 100 chart.

“My World (Part Two)” is scheduled to be released in March of this year. The first single, “Baby,” is already out and features rap star Ludacris. 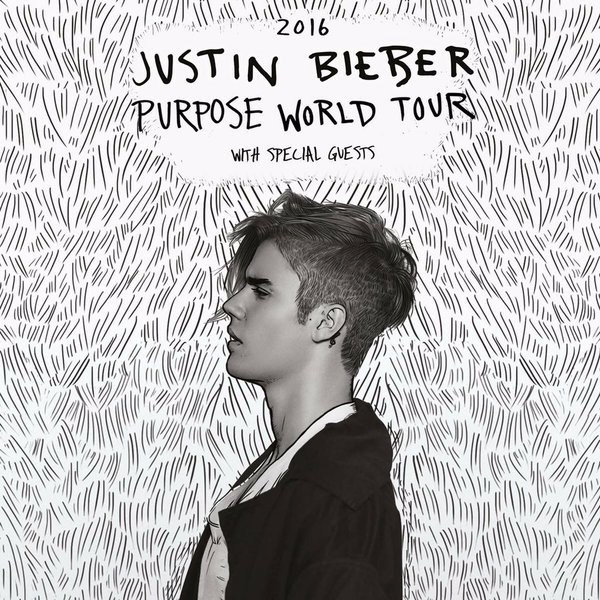